The APS is committed to transparency and integrity across all areas of practice. As a member of the Australian Ethical Health Alliance (AEHA) and signatory to the Australian Consensus Framework for Ethical Collaboration in the Healthcare Sector, the APS has agreed to abide by the following principles:

The APS is committed to regularly reviewing its practices and relationships to ensure that they are consistent with a high standard of ethical conduct. The APS reserves the right to withdraw from any relationship in which the behaviour of the other party, or parties:

Our community is strengthened by the diverse and intersecting stories and experiences of all the clinicians, researchers, and people with pain who allow us to learn from them. The APS is committed to nurturing a culture where all individuals are and feel included, listened to, valued, and respected. As a Society of educated and passionate professionals, we expect differences of opinion to arise and encourage robust debate amongst our members. However, the APS has zero tolerance towards any forms of discrimination, either through action or language, based on race, ethnicity, sexual orientation, gender identity and expression, religion, disability, or age.

The APS recognises that it has a duty to protect the privacy of its members’ information. As part of its membership processes, the APS will:

The APS will not: 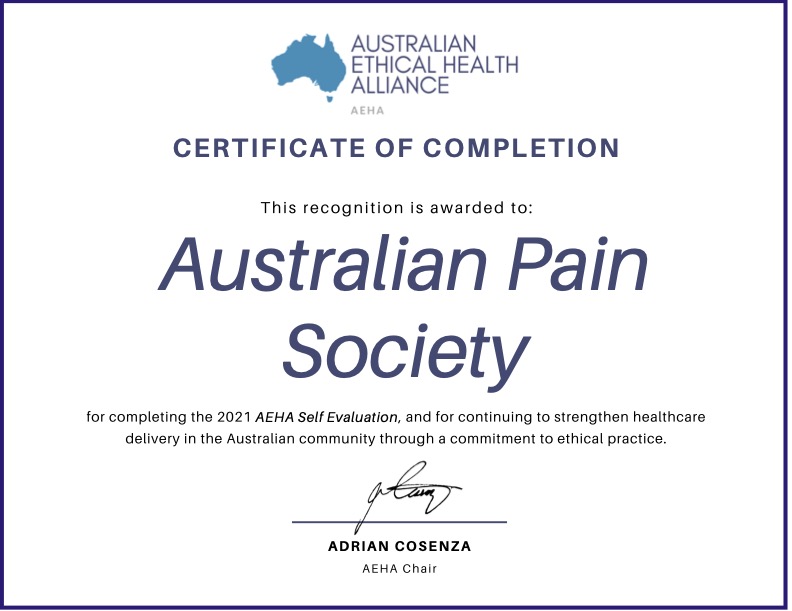